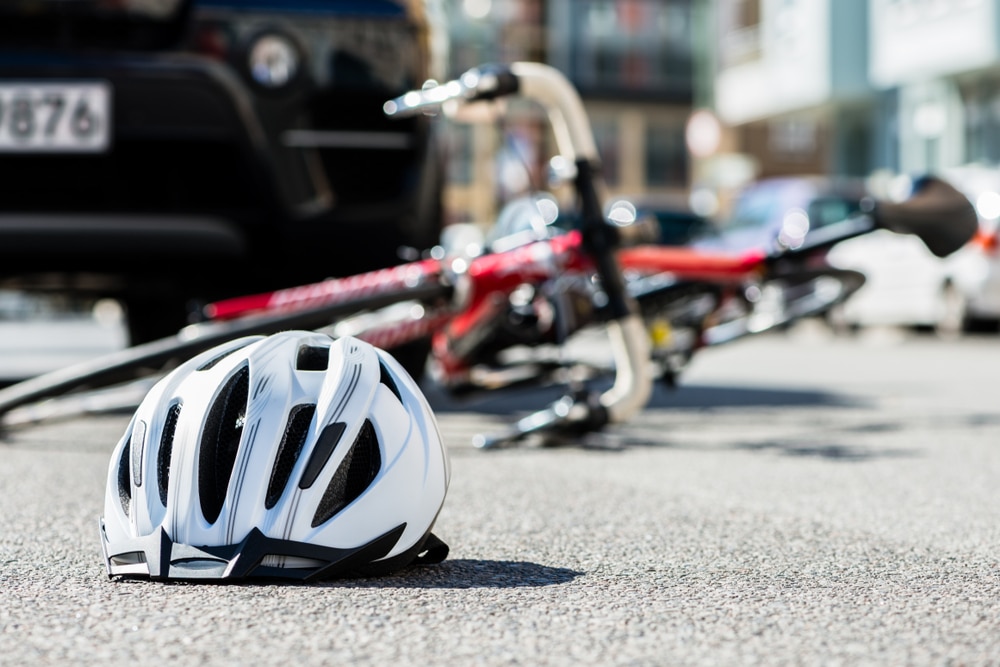 Would you flee the scene?

Hit-and-runs are a significant problem throughout the United States. The AAA Foundation for Traffic Safety estimated that more than one hit-and-run crash occurs every minute on the roads, as of 2016. Of course, not every crash is fatal—AAA estimated that 2,049 people die as a result of these collisions every year—but the sheer magnitude of hit-and-runs is still staggering. The problem has also been getting worse: the same AAA study showed that hit-and-run crashes have increased by an average of 7.2 percent yearly since 2009. In fact, from 2008 to 2018, nearly 20 percent of all pedestrian deaths occurred as a result of a hit-and-run collision.

To delve further into the issue of hit-and-run crashes, researchers at Insurify decided to discover which car models have the highest rate of these violations. So without further ado, these are the 10 models that are most guilty of hit-and-runs.

To determine which car models have the highest proportion of drivers with a hit-and-run violation, data scientists at Insurify, an auto insurance quotes comparison platform pulled the numbers from their database of over 1.9 million car insurance applications. To apply for car insurance quotes, interested drivers input personal and vehicle information as well as driving history, including the model of car they drive and whether they have a prior hit-and-run violation on their record. A hit-and-run violation is defined as the failure to stop and report when involved in an accident. The number of each car model with a hit-and-run offense was then compared against the total vehicles of that model to determine the share of cars with a hit-and-run. The 10 cars with the highest proportions were then selected. Additional data on the manufacturer suggested retail price (MSRP) comes from Autoblog, while data on the percentage of cars with an accident was also compiled from the Insurify database.

Marketed as a sport sedan for drivers that stand apart, the Volvo S60 does indeed stand apart, just in an unsavory way. S60 drivers commit hit-and-run violations at a rate six times the national average. Clearly, people who own the S60 are a little too reckless on the roads—something that might be a little surprising, considering the car’s manufacturer suggested retail price (MSRP) is $36,050, highest of any car in the top 10.

One of two pickup trucks on the list, the Chevrolet C2500 is cheaper than all but one other car on the list—though much of that likely has to do with the fact that the C2500 actually hasn’t been produced since 2000. Interestingly, despite having a high rate of hit-and-run violations, C2500 drivers appear to be relatively safe drivers. No car in the top 10 has a lower percentage of models with a prior accident, and drivers of the C25200 commits accidents at a rate 37 percent less than the national average.

Much like the C2500, the Lumina is no longer in production. The latest model of the car was made in 2001, but that doesn’t stop it from being among the car models with the highest proportion of hit-and-run violations. Despite this, the Lumina is also one of four models on the top 10 with a rate of accidents that is significantly below the national mean.

One of two separate Mitsubishi SUV models on the list, the Endeavor has a proportion of models with a hit-and-run violation that is over seven times the national average. The SUV was the very first model of Mitsubishi’s “Project America,” which was an effort by the Japanese manufacturer to design and build core models in the United States. The project continues to this day, though the Endeavor has since been shelved, with production finishing in 2011. Nevertheless, when the model was still being made it was one of the more expensive SUV options out there. Despite being off the market for eight years, the Endeavor still has an MSRP that is more expensive than all but one other car in the top 10.

The Pontiac Montana is yet another model in the top 10 that no longer sells in stores. Its final year of production was 2006 in the United States, and the plant which manufactured the Montana closed in 2008. In addition to a high proportion of hit-and-run violations, the Montana also had safety concerns of its own. In 1997, the Insurance Institute for Highway Safety gave the first versions of the car a poor safety rating after a failed frontal crash test, though those concerns were rectified in later models.

The Uplander—another minivan—is among the more affordable options on the list. Just three cars in the top 10 have a cheaper MSRP. Originally manufactured in 2004, slow sales of the model meant the car had a short lifespan of just five years. In fact, the Uplander was the last minivan ever made by Chevrolet; the company exited the minivan market after ceasing Uplander production in 2009 and turned to focus on pickup trucks.

The Dodge RAM 2500 doesn’t just have a high proportion of models with a hit-and-run violation. In fact, 4.95 percent of RAM 2500 drivers have a prior DUI conviction, the highest percentage of any car model. As well, the share of RAM 2500 motorists with an accident is nearly 67 percent greater than the national average, though the truck is marketed as a heavy-duty pickup vehicle that is more suited for towing large loads than everyday driving.

One of the best-selling plug-in electric vehicles on the market, the Outlander is also the only electric vehicle on the top 10. Though the electric version was unveiled in 2012 in Paris, the Outlander is actually one of Mitsubishi’s longest-selling vehicles, having been on the market since 2001. Nevertheless, Outlander drivers are evidently reckless on the roads. The SUV’s percentage of models with a prior accident is well above the national average, while 25 out of every 10,000 Outlander drivers also have a hit-and-run violation—more than all but one other model.

The top spot on the list, however, indisputably belongs to the Echo. The proportion of Echo drivers with a prior accident is 32 percent greater than any other model, and 11 times the national average. The Echo is also notably cheaper than any other model on the list, and was originally part of an effort from Toyota to market to younger drivers. However, that cheapness also meant that the car came without fairly standard features, like power-assisted steering, and air conditioning. The design flaws meant that sales of the car quickly tanked, and it wasn’t a surprise to many automotive reviewers when Toyota ended production of the vehicle in 2005.