‘How Bow Dah?’ We’ve Got a Deal with Canada!

Well…”how bow dah?” President Trump basically told Canadian Prime Minister Justin Trudeau to “cash me outside,” and now we have a trade deal with Canada!

Remember the establishment media rejoicing that Donald Trump would lose a trade war with Canada? Looks like yet another false prediction from the anti-Trump media and politicians.

So what’s the reaction from farm country?

I spoke with Lola Raska from the Montana Grain Growers Association on Montana Talks Tuesday in Great Falls. She praised the agreement and echoed similar sentiments shared in this response from the National Association of Wheat Growers, as reported at AgWeek.com:

The new U.S.-Mexico-Canada Agreement, which would replace the existing North American Free Trade Agreement, or NAFTA, has an important provision for U.S. wheat growers, say the National Association of Wheat Growers and U.S. Wheat Associates, which promotes U.S. wheat exports around the world.

The new agreement would provide “a fix to the Canadian grain grading system which automatically designates U.S. wheat as the lowest grade simply because it is foreign. This means U.S. farmers producing the highest quality wheat arbitrarily get less value for their crop,” the two wheat groups said in a joint written statement.

This new agreement is great news for American cattle producers, and another sign that President Trump’s overall trade strategy is working. Over the past quarter century, free and open trade between the United States, Mexico, and Canada has been tremendously successful for our producers, and we’re pleased that we’ll be able to maintain our existing market access while seeing other U.S. producers get a better deal than they’ve gotten in the past. Hopefully Congress will approve this new deal early next year and provide American producers with the certainty we need to continue selling our products to our partners to the north and south.

The Montana Chamber of Commerce also sent out this reaction:

The Trump administration sent an encouraging signal to Montana businesses this week with news of a deal to modernize the North American Free Trade Agreement (NAFTA), said Webb Scott Brown, president/CEO of the Montana Chamber of Commerce. This development demonstrates that U.S. trade can thrive in both unilateral and multilateral agreements with other countries. Canada is by far Montana’s largest trading partner and Mexico is important, as well. Continuing productive trade with these crucial allies is good for Montana exports like wheat, and it protects domestic jobs. We commend the negotiators for finding a path forward in these discussions and urge swift approval.

Montanans Encouraged to Assist in Search for Missing Woman

Are You Against All Vaccinations or Just COVID?

Best of the Web 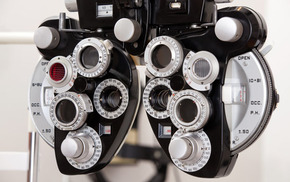 Welcome back to 930 AM KMPT

It appears that you already have an account created within our VIP network of sites on . To keep your personal information safe, we need to verify that it's really you. To activate your account, please confirm your password. When you have confirmed your password, you will be able to log in through Facebook on both sites.

Welcome back to 930 AM KMPT

It appears that you already have an account on this site associated with . To connect your existing account just click on the account activation button below. You will maintain your existing VIP profile. After you do this, you will be able to always log in to http://930kmpt.com using your original account information.

Please fill out the information below to help us provide you a better experience.

Thank you for your request.