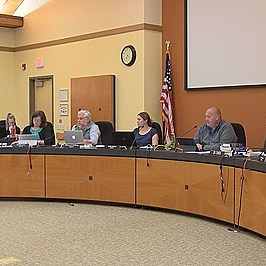 The man who is responsible for writing and helping to pass many of Montana’s gun laws weighed in on the recent Montana Supreme Court decision striking down the Missoula City Council’s proposed background check ordinance.

Gary Marbut, President of the Montana Shooting Sports Association said on Thursday, that he fully expected the decision by the Montana Supreme Court.

Marbut said that he has presented a workable alternative to the council’s background check ordinance.

“We presented four things that they (the City Council) can promote that will make Missoula more safe for firearms,” he said. “We’re waiting to see if they have any real interest in firearms safety, or if that’s just talk for show in order to grandstand with the Missoula ordinance.”

Marbut elaborated on the proposals he offered to the city several years ago.

“They have to do with firearms safety training,” he said. “MSSA’s ‘Be Safe’ program for kids from first through third grades, Fish, Wildlife and Parks Hunters Safety program, instructors in the community that teach firearms safety as well as a firearms safety transfer guide that the MSSA published a couple of years ago. We’re asking them to adopt those proposals through a resolution, so we’ll see what comes of that.”

Marbut said he sent the resolution to the City Council several years ago when the ordinance was first proposed.

“I got no response,” he said. “I sent it again a year later, and as far as I know it’s never been introduced or discussed, but we’re going to give it another try.”

The Montana Supreme Court on Tuesday struck down the city’s ordinance by a unanimous vote of a five-judge panel.